25 years of company history from the perspective of the entrepreneur

On December 1st, 1991, my father Romann Sacher founded the Feinmechanische Fertigungszentrum Ing. Romann Sacher. Together with another employee, he produced individual parts, small series, samples and tools in a rented building with conventional machinery in Glashütte - the city of watches and precision engineering.

In addition to individual parts such as planing knives, cutting tools and camera parts, vacuum metallizing recordings for vacuum coating as well as mechanical units for evaporation systems were primarily designed, produced and installed - these were the initial steps in the vacuum technology field, which we developed into one of our specialities in the following years.

In 1994, I started my apprenticeship as an industrial mechanic in my father’s company.

When the owner of the rented building sought to expand his business, the first move took place: In August 1998, we moved into the new building in Glashütte with our machines and four employees. We distinguished ourselves particularly at this time by conventional production, by a very wide range of machining and by offering numerous cooperation services such as CNC machining and surface finishing, for example.

In August 2000, we hired and trained our first apprentice.

In June 2001, we increased our vertical integration with the manufacture of CNC precision parts – the first 3-axis CNC milling machine was integrated in the machinery. The two-shift operation started shortly after that. The first 5-axis CNC milling machine followed in 2002, the first CNC lathe in December 2005. This enabled the continuous expansion of product volume and range.

We continuously developed expertise in these areas due to the development of Dresden as a centre of semiconductor technology and increasing clientele from the scientific equipment and special purpose machinery manufacturing sector. The close collaboration with some customers enabled us to determine the necessary industry requirements and thus to develop our technology-oriented production which concentrates on the essentials.

In June 2006, I took over the company from my father and founded the FFZ Feinmechanisches Fertigungszentrum Glashütte GmbH. The following three years were primarily characterised by increasing involvement in the area of research and development. Together with CreaPhys GmbH from Dresden, we developed vacuum sublimation systems for cleaning organic dyes. We took over the design, development and manufacture of microgrippers and micro tools from a long-term partner Gassmann Engineering. These constitute our own products today. Furthermore, the approximately 850 m² in Glashütte continued to be populated: Two more CNC milling machines were added to our machinery. 18 employees now shared three floors with five CNC machines and many conventional machines. Although this enabled a steady increase in productivity, it necessitated another move.

In 2009, the planned investments became secondary for the first time. Fortunately, we survived the crisis year without working short time and with almost normal utilisation of production capacity. We were able to hire new employees by the end of the year.

Construction of a new production building

The space problem was exacerbated in 2010 - the fifth CNC milling machine and the second CNC lathe were able to be set up only by moving together and relocating machines which were not used regularly. Furthermore, the delay in investment led to the order situation becoming almost impossible to manage.

This development required an expansion of the existing production area. The construction of our production building started in 2011 for this reason. The Dippoldiswalde site offers some of our employees a shorter commute and the proximity to Dresden offers greater potential in terms of customers and employees.

The removal of the topsoil started on June 13th, 2011. The first machines were already set up in the building on November 16th, 2011. After a construction period of only five months, the opening ceremony took place on December 16th with customers, employees, families, partners and suppliers.

If the building still looked quite empty when we moved in at the end of 2011, we were able to fill it with machines in 2012 - our machinery has been extended by two CNC milling machines, a CNC lathe, a chamber furnace and a 3-D coordinate measuring device. This enabled us to expand our team by another five employees.

We manufactured over 5000 different parts

6 years after our moving in, our manufacturing hall is filled with 4 cnc turning machines and 10 cnc milling machines. We invested in grinding and sawing technology, parts cleaning as well as in our first machine with a handling robot for small and medium series. We extended our team in the departments manufacturing, purchasing / sales, engineering, process engineering as well as maintenance. Currently, we are a team of over 45 employees. In the year 2017, we manufactured over 5000 different parts for our customers – the daily tour through our manufacturing hall is very variedly and interesting. 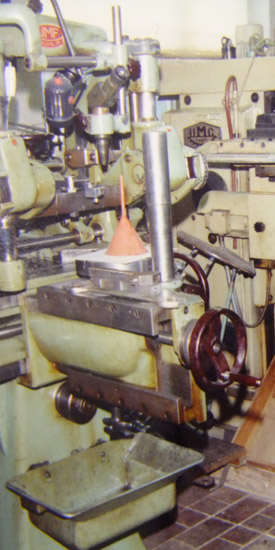 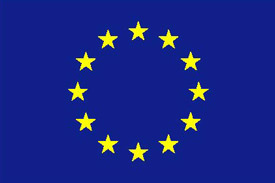